The Scammell Pioneer is a 6×4 truck designed in 1927 as an artillery tractor, recovery vehicle and tank transporter. It was developed long before the Willys Jeep or Land Rover as the first solution to mechanized off-road mobility.

When World War II broke out across Europe in 1939, vehicles like the Scammell Pioneer suddenly became invaluable. Before the war, the British War Office had bought just one, but by the end of the conflict had bought nearly 2,000.

“You can take a Scammell almost anywhere”

When the Scammell Pioneer came out, the company marketed it saying “You can take a Scammell almost anywhere,” and they weren’t wrong. The Pioneer was one of the most capable off-road trucks in the world at the time, years before the release of Willys Jeep, Land Rover, Unimog or Land Cruiser.

A Matilda tank fitted with an AMRA Mk 1a (Anti-Mine Roller Attachment) being loaded onto a transporter, 28 August 1942. Image courtesy of the British Imperial War Museum.

The Pioneer was originally developed by Scammell engineers for use in British colonies and overseas territories where roads often did not exist or were often impassable for normal vehicles.

Despite the Pioneer’s proven off-road prowess, the British War Office only ordered one for evaluation. By the time the Second World War broke out, it became clear that the Scammmell was going to be invaluable, and the War Office was placing orders for them.

During the conflict the Scammell Pioneer was used mainly in Europe, its roles varied but it was most often used as an artillery tractor, pulling the 60 pounder howitzer, 6 inch howitzer, 4 gun, 5 inch and the 5.5 inch howitzer.

Other uses included transporting tanks, some versions of the Pioneer had a tank trailer permanently attached and they were frequently used in this role. They could also recover damaged and broken down tanks with their winch.

Picture above: This is a period instructional film on the Scammell Pioneer, it was used to instruct recruits on all the main functions of the vehicle including the use of the winch and PTO.

By the end of the war in 1945, Scammell had built nearly 2,000 examples of the Pioneer. Very few remain today, a few remain in museums and private collections, but the vast majority are lost to history.

The Pioneer you see here looks like the real thing at first, but it’s actually an incredibly detailed 1:3 scale model that was built from the ground up – not from a kit because no kit on this scale has never existed.

The project took the builder more than eight years, the final product has electric motors and on-board batteries, allowing it to be piloted remotely.

Due to its size, it must be transported in a trailer or truck bed, but it can move up and down loading ramps, making it relatively easy to load and unload.

If you want to know more about this unusual remote control vehicle, you can click here to visit the listing on Car and Classic. It is being offered in a live online auction and at the time of writing there are still a few days left to bid. 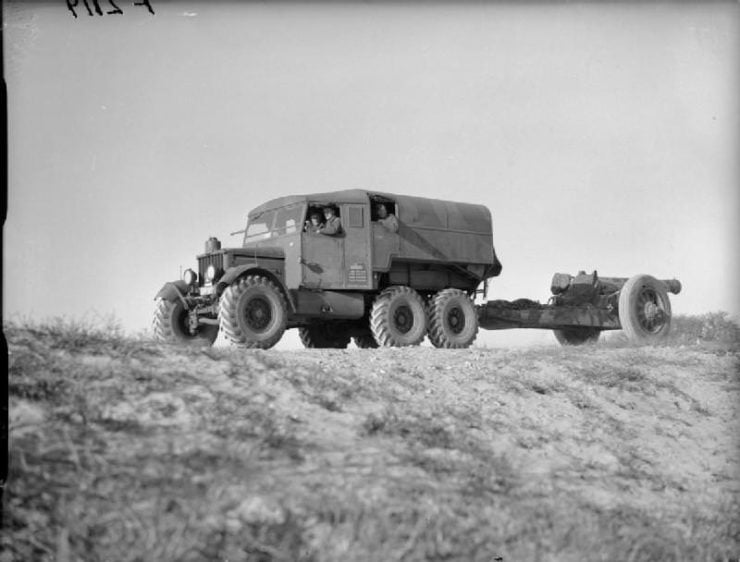 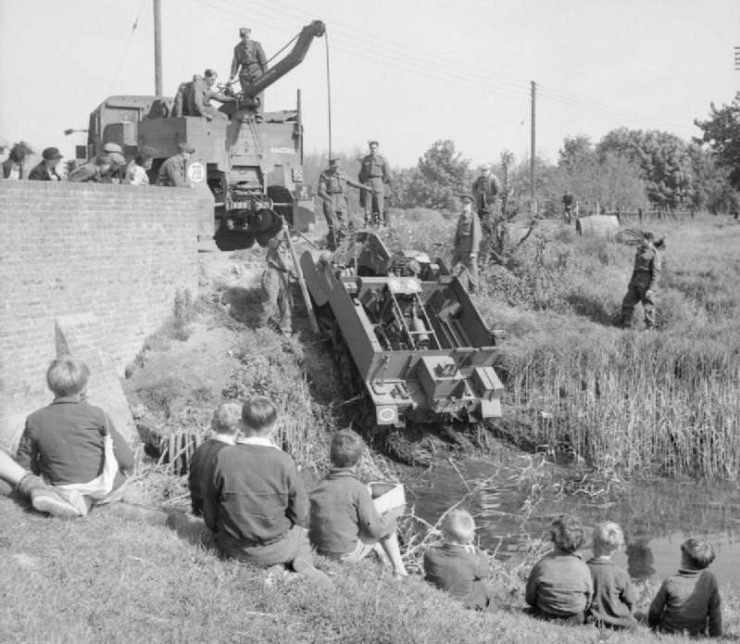 A 53rd Division Universal Hauler is pulled out of a stream by a Scammell recovery truck of No. 2 Recovery Section, Royal Army Ordnance Corps, near Ore in Sussex, 3 June 1941. A group of small boys looks with interest from the bank. Image courtesy of the British Imperial War Museum. 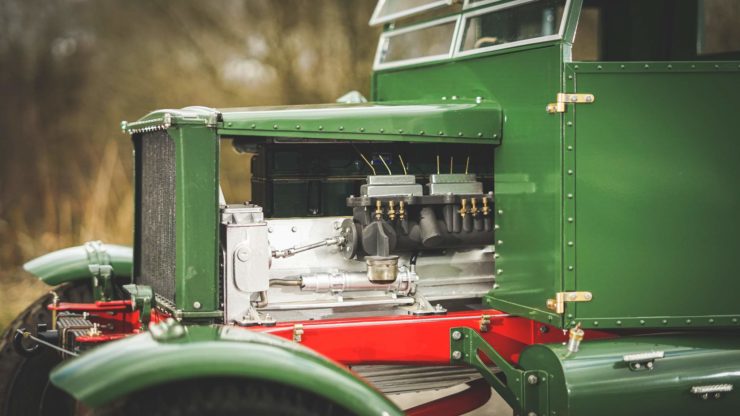 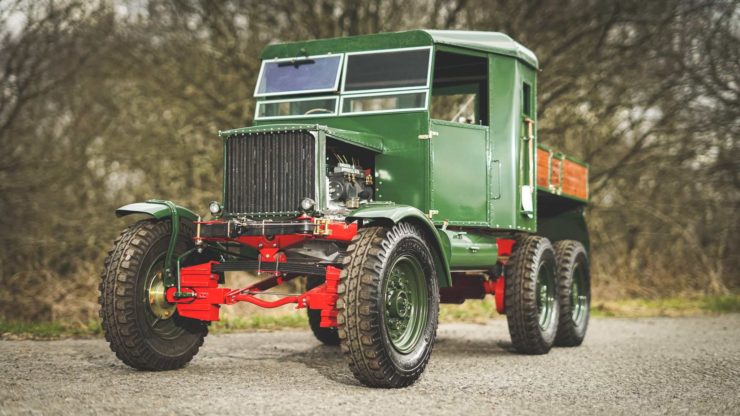 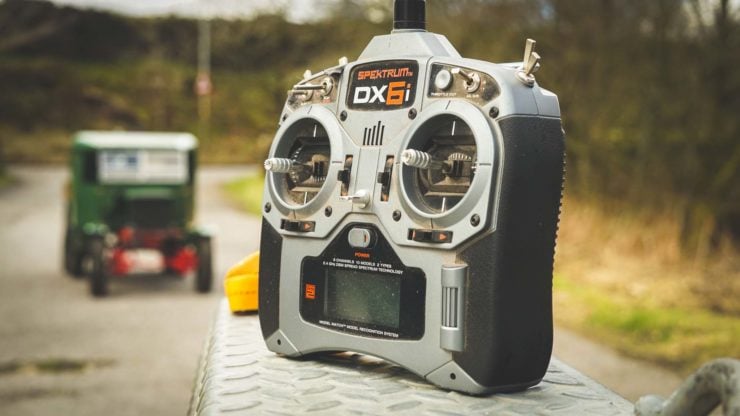 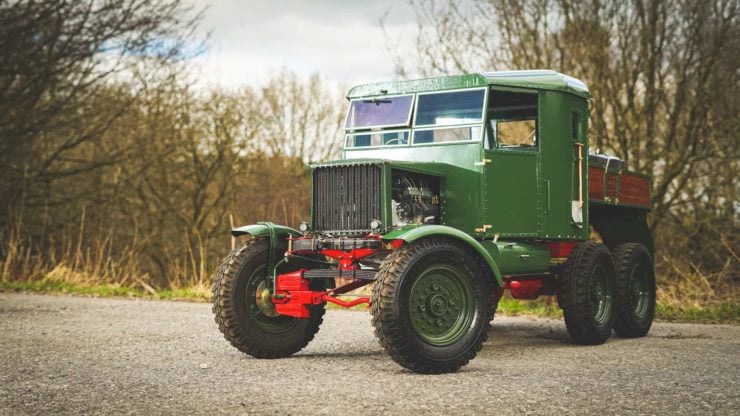 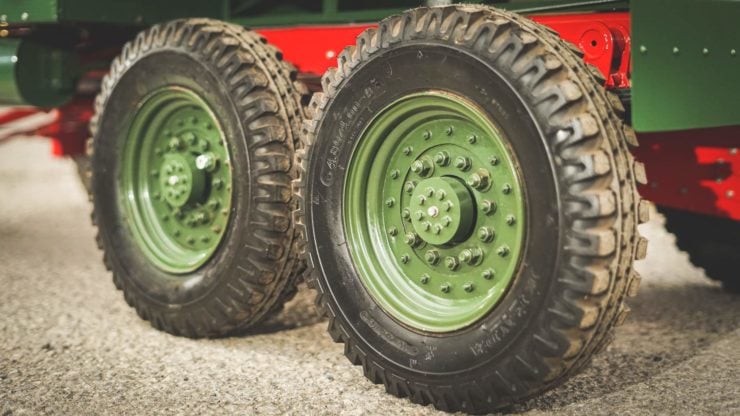 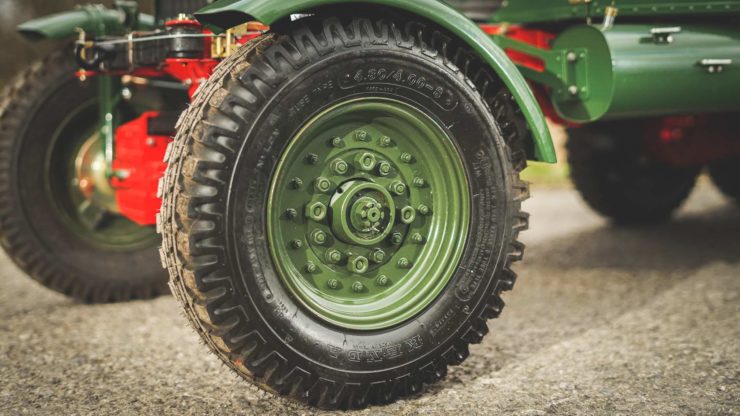 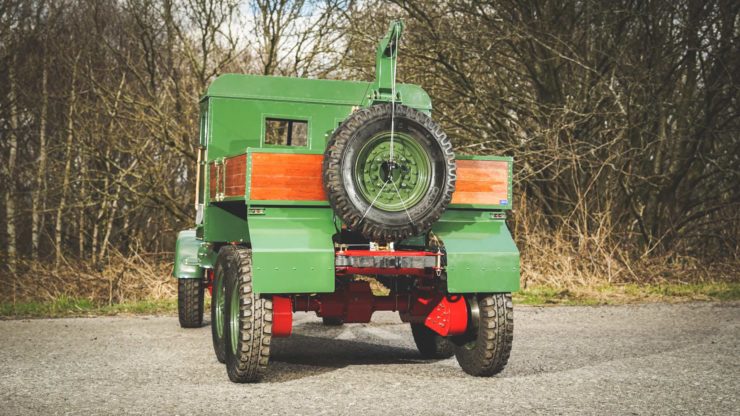 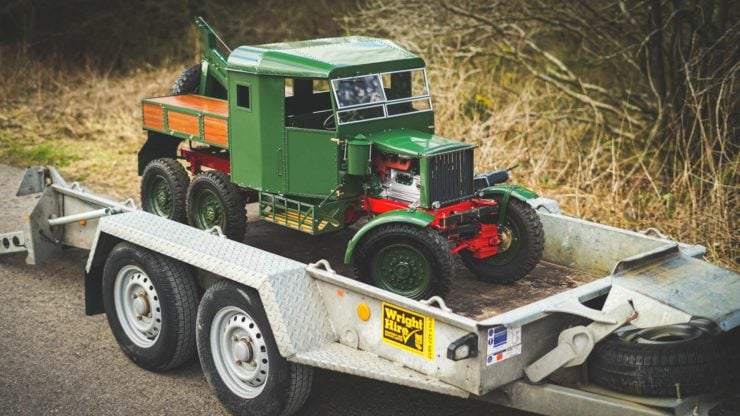 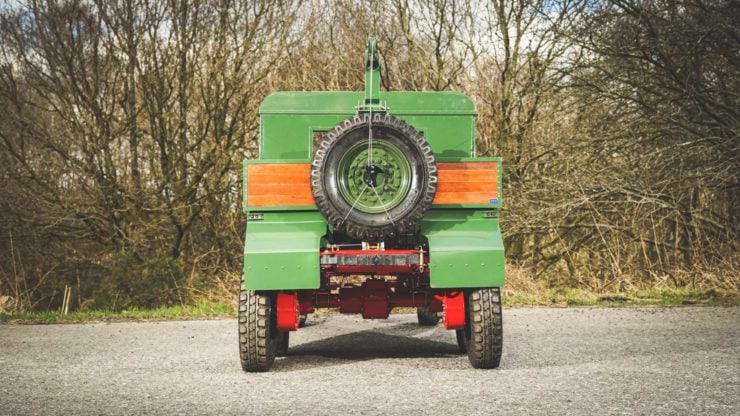 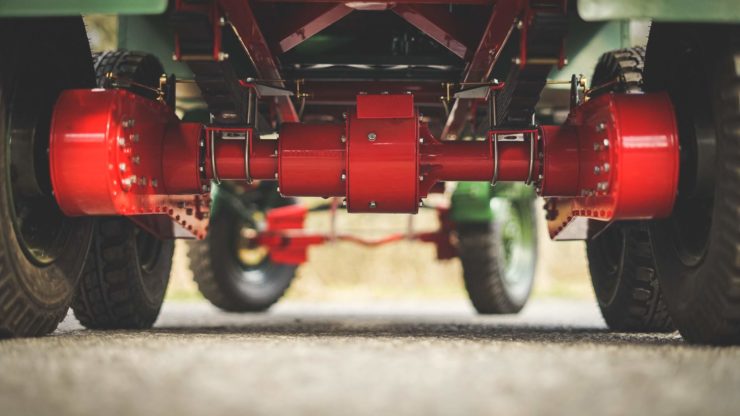 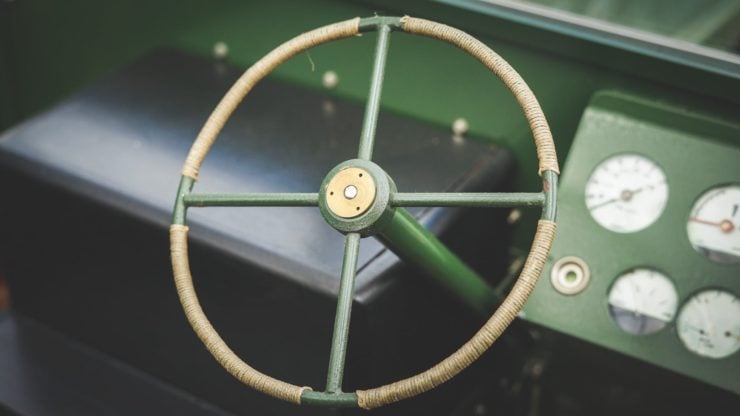 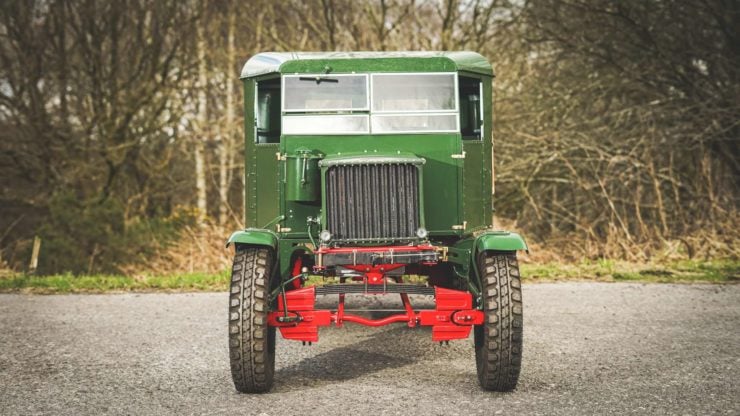 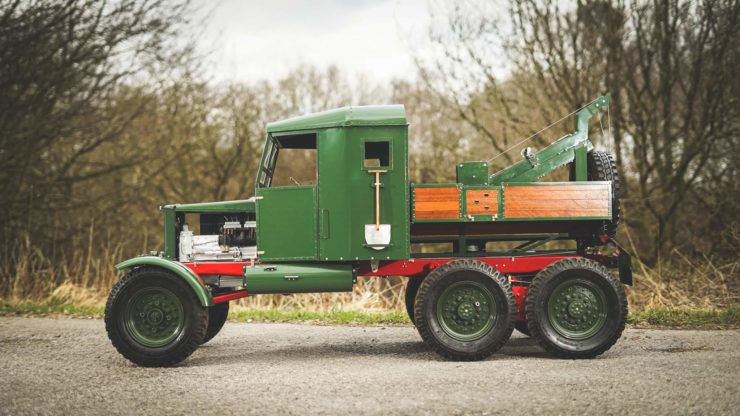 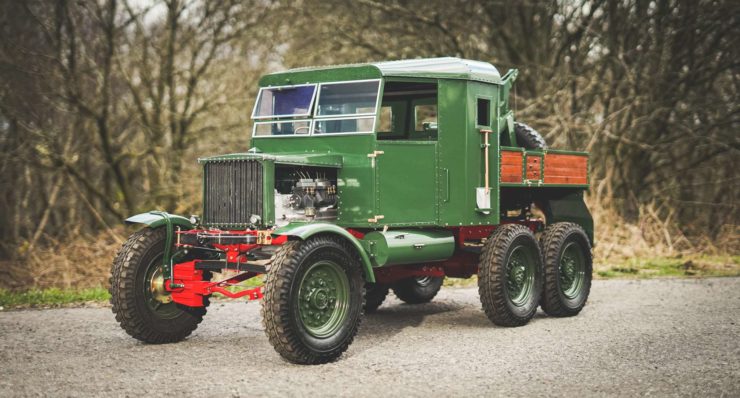 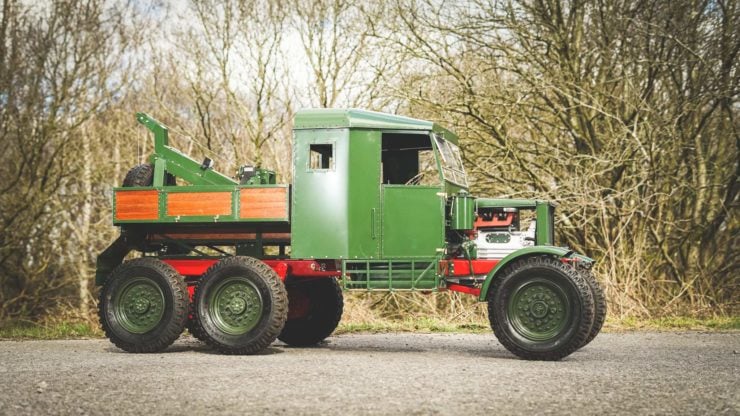 Images courtesy of Car and Classic.

Silodrome was founded by Ben in 2010, in the years since the site has become a global leader in the alternative and vintage automotive sector, with millions of readers around the world and several hundred thousand followers on social networks.

By Express press service NEW DELHI: The Indian army should strengthen its firepower along its northern borders with China. The authorities have issued a Request for Information (RFI) to procure 105mm/37 caliber Mounted Gun Systems. mounted for better firing and moving capability for operations in the mountains. “The proposed mounted gun system will be used […]

Three aid workers from a Catholic charity operating in Ukraine were injured last week when the van they were traveling in was hit by artillery fire, the head of the aid group said. Jason Jones, the founder of the US-based Vulnerable People Project (VPP), told CNA on Wednesday that the three Ukrainian men suffered head […]

Dozens of civilians who died during the Russian occupation of the Ukrainian town of Bucha were killed by tiny metal arrowheads from shells of a type fired by Russian artillery, medical examiners said. Pathologists and coroners carrying out autopsies on bodies found in mass graves in the area north of kyiv, where Russian occupation forces […]