The Indian Army’s modernization plan to procure 3,000–3,600 indigenous howitzers by 2025-27 has run into problems. The Indian Army planned to acquire Advanced Towed Artillery Gun System (ATAGS) and Dhanush, known as ‘Desi Bofors’, under the Field Artillery Rationalization Program (FARP), which has been approved after more than two decades. Speaking to the media on the eve of Gunners Day, which marks the anniversary of the establishment of India’s oldest mountain battery (5th Bombay Mountain Battery), Lt. Gen. TK Chawla, Director General of the artillery, underlined the importance of indigenous manufacturing in the defense sector. He also talked about the challenges facing ATAGS and Dhanush.

ATAGS, which has been marked as the most important programs developed by the Defense Research and Development Organization (DRDO) and two private companies Bharat Forge and TATA Power SED. And it is considered one of the most advanced and the first gun in the world capable of firing BMCS zone 7. And as a kind of record in the 155 mm family, this gun achieved a firing range of 48 km .

Responding to questions from the media, Lt. Gen. Chawla, “The Indian Army wants both programs – ATAGS and Dhanush to succeed. Factory Board) and ARDE (Armament Research and Development Establishment of DRDO).

Requirements have been identified and agreed upon, he said. According to the DG Artillery, there are major advantages when these weapons are made in India and the technology is developed here.

ATAGS has several problems, and it starts with design and development.

Its failure in recent summer fire trials. He could not reach some parameters, this means that the ATAGS will have to undergo further modifications.

According to Lt Gen Chawla, “Some parameters related to firing and non-firing need to be improved.”

Tests were carried out in the extreme summer temperatures of Pokhran and the ATAGS could not reach the parameters set by the Indian Army. And these questions and readings have been shared with DRDO which is the nodal agency involved in the development of ATAGS.

The Indian army is looking for a reliable weapon that can fire accurately, and the problems with the weight of these weapons must also be solved. The ATAGs project had started in 2012 and was delayed due to its inability to meet the critical parameters set by the end user – the Indian Army.

There are issues related to the quality of production. The Indian Army ordered 114 in 2019 and production started that same year. However, so far between April 2019 and June 2021, only 12 long range artillery guns have been delivered to the Indian Army. Dhanush induction began in April 2019. Between 2019 and 2021, only 12 of the long-range artillery guns had been delivered. According to the officers to make a full regiment, 18 guns are needed. 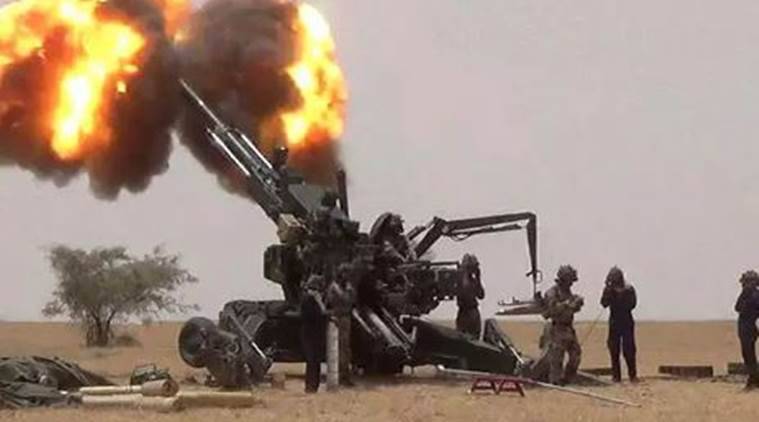 Explaining more about the production-related issues, Lt. Gen. Chawla said that there were start-up issues and that the end user, the military and the manufacturer – Gun Carriage Factory (CGF), would soon undertake “confidence shots”.

So far, the K9 Vajra howitzers, produced as part of a joint venture between L&T and the South Korean company, have been the most successful. There are plans to purchase more of these tracked guns from the Indian Army.

The M-777 guns from the American company BAE Systems were assembled in India by Mahindra Defense. However, due to the global COVID-19 pandemic, deliveries have been delayed a bit.

The Indian Army has already deployed three regiments of these howitzers along the Line of Actual Control (LAC) and there are no plans to order more of these guns from the United States.

What is the army looking for today?

A request for information has been issued for mounted gun systems. These mounted guns will give more maneuverability than towed systems.

The plan was to purchase approximately 3000-3600 howitzers between 2025-27 of various calibers and a mix of towed, self-propelled (tracked and wheeled) as well as mounted. And this was to be achieved through licensed manufacturing, direct imports and indigenous production.

Financial Express is now on Telegram. Click here to join our channel and stay up to date with the latest Biz news and updates.

HIMARS: Why Russia will hate this military platform if it is in Ukraine – Ukrainian artillery played a decisive role in repelling Russia’s failed campaign to capture kyiv in the first weeks of the war –by some assessments, destroying more Russian armored vehicles than anti-tank missiles. It is arguably of even greater importance in Russia’s […]

What are “artillery rockets” and why is the US sending them to Ukraine?

As the fighting in eastern Ukraine turns into an artillery duel, the Pentagon has announced it will send its most advanced artillery rocket launcher and ammunition to the Ukrainian military in hopes to give him an advantage over Russia. Here’s how the system works and what it could potentially do, as the war drags on […]