This stage of the fighting in Ukraine is largely about long-range fires. Both sides use artillery to “soften” targets so they can be captured by armored and mechanized infantry units or to deny the other side’s territory.

Initially, the Russian army had a great advantage in artillery. But Ukrainian forces are catching up after repeated deliveries of heavy artillery from the United States and NATO.

The M777, also known as the “triple 7”, uses a digital fire control system, with navigation, aiming and auto-locating functions, which allows the gun crew to fire accurately over long distances. Depending on the round used, the M-777 can hit a target up to 25 miles away.

The M777 155mm howitzer first entered service in 2005. It has an eight-man crew, which can achieve a maximum rate of four rounds per minute and a sustained rate of two rounds per minute. The weapon system weighs 8,400 pounds and is approximately 32 feet long.

Proving Ukraine with the critical weapon systems to retaliate against Russian forces is only part of the equation. An equally important factor is providing Ukrainian forces with the necessary training to use weapons systems correctly and effectively.

Some are easier to handle than others. For example, the FGM-148 Javelin anti-tank missile, the FIM-92 Stinger anti-aircraft weapon or the next-generation light anti-tank weapon (NLAW) are all quite easy and simple to use. They are intentionally designed so that troops can quickly learn to use them.

But operating an M777 155mm howitzer has several moving parts and is much more complex. The U.S. Army held M777 courses for Ukrainian gunners to familiarize them with the weapons system. Lasting approximately one week, the courses take place in Germany and other neighboring European countries.

“Obviously we want to train them [the Ukrainian forces] on the use of the M777. Which is not such a foreign system to them and our artillery piece that there are not so many differences. That is why training can be carried out as quickly as possible. But when training the M777, Ukrainians often ask their instructors, you know, what-if scenarios of how you would use it in such and such a case. And so, I mean, they know what they’re up against,” a senior US defense official said.

But the training the US military has provided to its Ukrainian counterparts is highly interactive. Ukrainian gunners will go from the front lines in training and then back, bringing with them many practical lessons.

“We take the gunners out of the fight to learn these howitzers and then put them back in. And so they actually bring to the training a sense of perspective and curiosity about the howitzers that our instructors find interesting, and try to help them with the battlefield scenarios that they’re facing. Which includes, you know, proper range. So, I mean, I think it’s all happening at once,” the senior US official said. defense.

True, the work of the Ukrainian gunners is facilitated by the fact that they already use the D-30 122 mm and 152 mm MSTA-B howitzers, which share a certain resemblance to the M-777.

“We don’t just pull them out and say, okay, you know, here’s the mechanical solution for how to use it. It’s how to use it yes, but also how to use it in the fight they’re going back to. And it’s all part of the training,” the senior US defense official added. 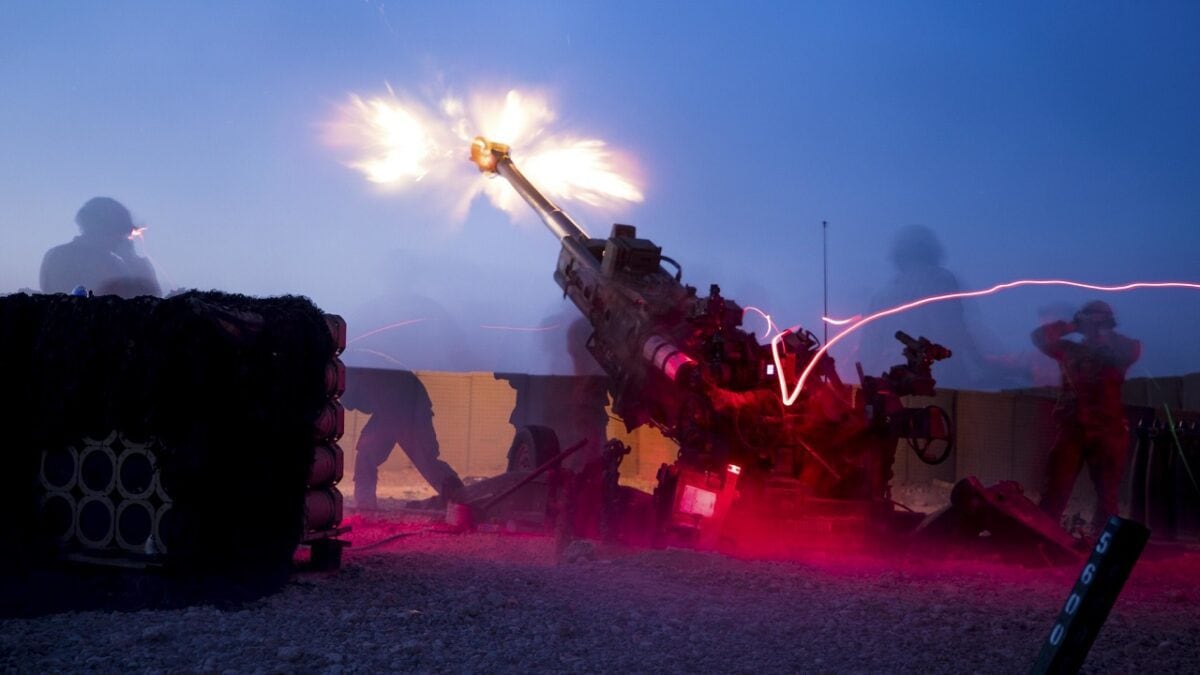 Artillery may end up determining who wins in the Donbass. And the Ukrainian army, supplied with Western artillery pieces, has the potential to gain the upper hand in the artillery battle. The next few weeks may determine who will ultimately win the war.

[1945’sNewColumnofDefenseandNationalSecurity[1945’sNouveauchroniqueurdedéfenseetdesécuriténationaleStavros Atlamazoglou is a seasoned defense journalist specializing in special operations, a Hellenic Army Veteran (National Service with the 575th Marine Battalion and Army HQ) and a graduate of Johns Hopkins University. His work has been featured in Business Intern, Sandboxand SOFREP.

| Hasbro is back with another Star Wars: The Black Series electronic helmet replica from The Mandalorian. The Empire grows stronger as another Stormtrooper arrives with the Artillery Stromtrooper. This new class of soldier debuted in The Mandalorian Season 2 alongside returning Boba Fett. Star Wars fans get another 1:1 scale replica helmet with the […]

Ukrainian forces shared images on social media of their success in battling the much larger and better equipped Russian army, claiming to have “destroyed columns and groups” of Russian invaders. “The enemy does not go unpunished. Allied artillery inflicted heavy fire, destroying columns and groups of Russian occupation forces,” the Ukrainian Joint Forces Operation (JFO) […]

Three aid workers from a Catholic charity operating in Ukraine were injured last week when the van they were traveling in was hit by artillery fire, the head of the aid group said. Jason Jones, the founder of the US-based Vulnerable People Project (VPP), told CNA on Wednesday that the three Ukrainian men suffered head […]