As the Russo-Ukrainian war entered the 27th day, new satellite images emerged showing Russian artillery, tanks and vehicles being repositioned over the besieged city of Mariupol. Footage from March 19 showed Russian troops deployed in the streets of the “left bank” neighborhood of the strategic port city of Mariupol, where pro-Russian occupiers took over government buildings. Of note, the Russian assault hit Mariupol more than others. 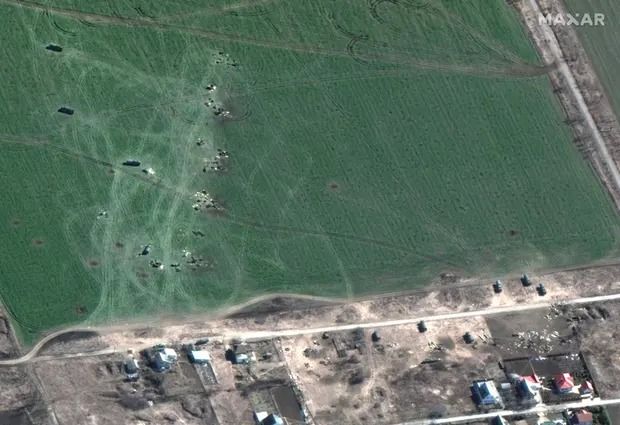 Located on the shores of the Sea of ​​Azov, Mariupol has been terrorized since Russia struck a maternity hospital and a children’s hospital on March 9, leaving 17 injured and 3 dead, including a 6-year-old child. The town is a key target that has been relentlessly pounded by Russian invaders as its occupation would help Russia establish a land bridge to Crimea, seized from Ukraine in 2014.

As the hospital turned into a heap of rubble in moments, distraught Ukrainian President Volodymyr Zelenskyy called on world leaders to “stop being an ignorant accomplice in terror”. The attack was condemned by the international community, further accusing Russia of war crimes. The attack was considered the fiercest until on March 13 Russian forces bombarded a dramatic theater housing hundreds of residents. 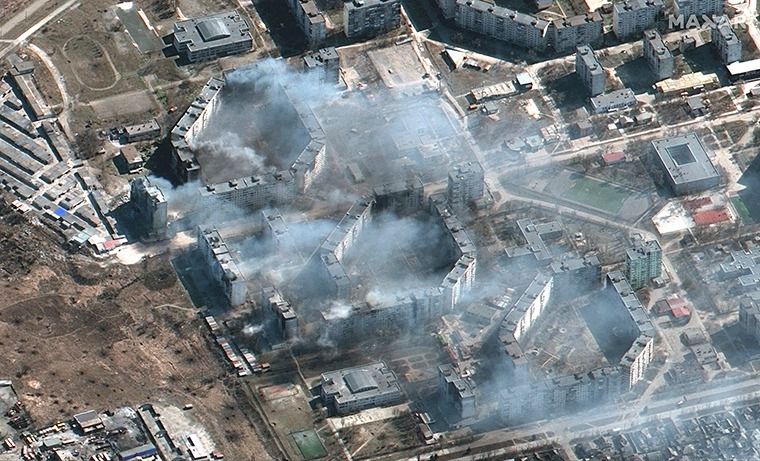 As the assault intensified, the occupiers launched a tank attack against countless houses, government buildings. Due to the four-week war, casualties in Mariupol accounted for the majority of the total Ukrainian civilian death toll. According to local authorities, some 2,500 people have been killed since the first week of March. Morgues were overflowing with mutilated bodies wrapped in the tarpaulin that forced hospital workers to dig mass graves to bury unclaimed corpses of soldiers and civilians, The Associated Press had reported.

Noting the escalating violence and rising death toll in the city of 4,50,000, embattled President Volodymyr Zelensky said on Sunday that Mariupol was “reduced to ashes”.

While the scale of the horror still remains unclear, on Sunday Russian forces encircling the city called on Ukraine to surrender. Although Ukrainian defenders staged vigorous resistance against the invaders, Zelenskyy said Ukraine will not “lay down” its arms in front of the occupiers. As the shelling on Mariupol grew brutal each day, those who remained in the city lived in cruel conditions, struggling to survive.

By Express press service NEW DELHI: The Indian army should strengthen its firepower along its northern borders with China. The authorities have issued a Request for Information (RFI) to procure 105mm/37 caliber Mounted Gun Systems. mounted for better firing and moving capability for operations in the mountains. “The proposed mounted gun system will be used […]

After visiting war-torn Ukraine last week, US Senator Steve Daines said on Monday he would write to President Joe Biden asking for the return of US diplomats to the country. He will also push for faster delivery of lethal aid and support for war crimes investigations. Speaking to Montana media, Daines said it was important […]

the Naval artillery market The report is a perfect foundation for people looking for in-depth study and analysis of the Naval Artillery Market. This report contains various studies and information to help you understand your niche and focus on key marketing channels in the regional and global Naval Artillery market. Understand the competition and take […]